Etusivu Artikkelit The EU Trademark Reform and Scope of Protection

The EU Trademark Reform and Scope of Protection 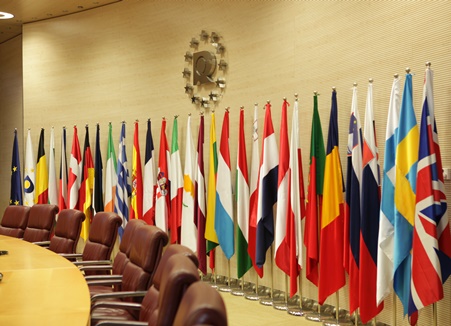 The goods in transit-issue has clearly been one of the liveliest debated subjects throughout the EU trade mark reform process. Also the case law in the EU has been somewhat ambiguous.

This is stated in the CTMR and now with more or less the same wording in the EUTMR. This is also regulated in the final text of the Directive. The expression “in the course of trade” has also certain territorial implications, and it is here where the so called goods in transit-issue enters the scene. It has clearly been one of the liveliest debated subjects throughout the reform process. The possibility to enforce this right effectively at present, when it concerns goods in transit, is limited to counterfeit goods intended to enter the internal market.

Goods can be stopped or not – Case Law by CJEU

Case law in the EU has been somewhat ambiguous. It seems as though the Court of Justice of the European Union (CJEU) first supported that EU customs could stop counterfeit goods in transit, but in a second set of rulings concluded that goods in transit as such did not constitute an infringement of trade mark rights.

According to Polo/Lauren Company v PT Dwidua Langgeng Pratama Intl Freight Forwarders and Montres Rolex & Ors (C-383/98) it was stated that goods entering the EU territory are subject to customs control regardless of whether or not they are destined to a third country. In these two instances the EU customs detained consignments suspected of infringing IP rights, which originated from and were destined to a non-EU member state. The CJEU was asked whether, based on the Community Customs Code and the Border Measures Regulation the goods in question could be refrained from continuing their transit in the market. The answer in the Polo/Lauren Company-case was that such goods can be stopped based on the fact that these goods could be brought into the single market. In Rolex, the CJEU went a step further by stating that member states should have legislation allowing them to stop counterfeit goods and, if this was not the case, the legislation of the relevant member state would not be applied.

In both Class Intl BV v Colgate Palmolive Co (C-405/03) and Montex Holding Ltd v Diesel SpA (C-281/05), the CJEU on the other hand, concluded that transit as such does not constitute an infringement and that for a trade mark owner to stop goods in transit, there has to be a risk that these goods may enter the internal market. The preliminary question made to the court concerned the interpretation of the CTMR and the TMD, in particular the rights conferred on the owner of a trade mark to prevent the transit of suspected counterfeit goods through the EU territory.

In order to solve this conflict the so called “manufacturing fiction” doctrine was created. The determination as to whether or not goods infringe an IP right is thus to be made on the premise that the underlying goods are manufactured in the country through which the goods transit. This fiction was overruled by the Philips/Nokia judgment (C-446/09). In this judgment the previous rulings in Class Intl and Montex were confirmed. In order for customs to be able to stop the goods infringing IP rights there has to be evidence that the goods are intended to enter the internal market. The CJEU lowered the standard of proof by stating, that the burden of proof would be satisfied if the destination of goods is undeclared, there is a lack of precise or reliable information as to the identity or address of the manufacturer or consignor of the goods or a lack of cooperation with customs authorities.

The EU Commission proposal is a response to the existing, somewhat uncertain, situation concerning the possibility to stop infringing goods in transit right away, without proving that they might enter the internal market. The Commission has, proposed a modification in the amended Trade Mark Regulation. The same modification can be found in the recast Trade Mark Directive. According to it EU customs would be able to stop counterfeit goods in transit through the EU territory even if they were not destined to an EU country, allowing EU trade mark owners to “prevent third parties from bringing goods into the customs territory of the Union without being released for free circulation there.”

This proposal has been criticized, by those concerned about the validity of the regulation in relation to the Agreement on Trade Related Aspects of Intellectual Property Rights (TRIPS) and the General Agreement on Tariffs and Trade (GATT), both agreements aimed at eliminating barriers to international trade. This concern is also believed to be reflected in the Phillips/Nokia decision according to which only goods in transit intended for an EU country could be detained by EU customs. In the first reading of the European Parliament on 25 February 2014, this line of thought was thus combined with the Commission proposal by adding the text “without prejudice to WTO rules, in particular Article V of the GATT on freedom of transit” and “without prejudice to the smooth transit of generic medicines”.

According to the proposal or final text the right to stop goods in transit without there being evidence that it might enter the internal market might lapse, however, “if during the proceedings to determine whether the European Union trade mark has been infringed, initiated in accordance with the provisions of the Regulation (EU) No 608/2013 concerning customs enforcement of intellectual property rights, evidence is provided by the declarant or the holder of the goods that the proprietor of the European Union trade mark is not entitled to prohibit the placing of the goods on the market in the country of final destination.” The reference to WTO rules and GATT has been moved to the recitals.

There is thus an effort to accommodate the concerns voiced in the EU Parliament with the Commission´s striving to take into account the proprietor´s interest. The Proposal is no doubt a balancing act between a measure to stop illegitimate trade and at the same time not disrupt legitimate international trade – clearly not an easy exercise.

Read also: Background of the Trade Mark Reform and the EUTM

The article is based on the author´s contribution on the EU aspects of trade mark law in the book ”Governance of Intellectual Property Rights in China and Europe” , edited by Nari Lee, Niklas Bruun and Mingde Li (2016).