The judgment in a recent English case, Navitaire Inc v. easyJet Airline Company and BulletProof Technologies Inc, given on 30 July 2004, addresses issues of considerable importance in the European law of copyright as it is applied to computer software.

The case demonstrates that the replication of the appearance and functionality of a software program alone does not amount to infringement of any copyright in that program. This is so even if there is copying of operational commands. At the same time artistic and database copyright can be relevant in establishing a claim of copyright infringement in software.

The case concerned computer software for an airline booking system for use in ticketless transactions, called OpenRes. easyJet had taken a licence of this software from Navitaire’s predecessors-in-title, and were also supplied with a program (TakeFlight) that provided the web interface to OpenRes.

Subsequently, easyJet and Bulletproof developed an alternative booking system (eRes) and a web interface substantially indistinguishable from Navitaire’s OpenRes system. Navitaire claimed for infringement of their copyright in OpenRes and TakeFlight.

Navitaire alleged, amongst other things, that copyright subsisted in (1) each of the user interface command codes taken either individually or together as a whole; and (2) the templates of particular screen displays within the travel agent interface and the database administrator graphical user interface (including the specific design of several icons). They alleged that in each case the copyright had been infringed by easyJet and BulletProof.

In addition, and more significantly, it was alleged that the similarity of the ‘business logic’ or functionality of eRes to that of OpenRes was such that there had been ‘non-textual copying’ of the whole of the source code. This infringement was claimed even though Navitaire did not suggest that easyJet or BulletProof ever had access to the OpenRes source code.

English law has for a long time recognised computer programs as ‘literary works’ capable of protection by copyright (2). However, there have been few substantive cases in this area since the leading case ofIbcos Computers Limited v Barclays Mercantile Highland Finance Limited(3) in 1994. That case made it clear that US legal notions such as identifying the ‘core of protectable material’ are irrelevant under English law.

Also of relevance are the provisions of Council Directive 91/250/EEC on the Legal Protection of Computer Programs (the ‘Software Directive’), which harmonised protection across Europe and set out statutory exceptions for certain acts of decompilation and the like.

(i) Command codes could not be copyrighted
The judge held that the individual command codes (whether of single letters or longer names) did not have the qualities of a literary work necessary for copyright protection, even if they were clearly recorded in the source code. The test to be applied was ‘whether a written artefact is to be accorded the status of a copyright work having regard to the kind of skill and labour expended, the nature of copyright protection and its underlying policy’(4).
Furthermore, the judge held that the complex command codes (those with a number of sub-options or choices, governed by a programmed ‘syntax’) did not amount to copyright works. S.3(1) Copyright, Designs and Patents Act 1988 requires a literary work to be ‘written’ – ie, recorded. Whilst it would be possible to analyse the source code to ascertain whether or not a machine operating according to it would recognise a particular command, there was no identifiable ‘literary work’ embodying those command codes. They were merely possible user inputs.
Even if the commands were embodied in source code, it would not be possible to infringe copyright in such code by observing how the program behaved and constructing another program to imitate it. This is because defining a series of user commands and their syntax to be recognised by the computer would amount to defining an ad hoc type of computer language. The Software Directive (Recitals 13-15) makes it clear that computer languages are not to be protected. Nevertheless, the Judge said that this point is not entirely clear and will need to be referred to the European Court of Justice. In addition, the collection of codes did not qualify for protection as a ‘compilation’ for similar reasons.
Consequently, copying of command codes did not amount to infringement of any copyright.

(ii) Display screens as artistic works were protected by copyright
The travel agent interface display screens were viewed as tables and therefore found to be literary in character. However, they were considered to be merely ideas underlying the interfaces of the computer program (in the sense stated in Article 1(2), Software Directive )(5), providing the ‘static framework for the display of the dynamic data which it is the task of the software to produce’. As such, they were not protected by copyright.
In contrast, the exercise of skill and labour in the arrangement of the database administrator graphical user interface screens was considered sufficient for them to qualify as artistic works. These screens contained data fields, dropdown lists and check boxes to enable the database administrator to make long-term alterations to the database by, for example, providing a new fare structure or flight schedule. As such, and in respect of particular icons used within these screens which were plainly copyright works and had been exactly copied, easyJet was found to have infringed Navitaire’s copyright.

(iii) Like a chef copying a pudding by devising his own recipe
Navitaire tried to rely on copying of the ‘business logic’ of the software as a whole to establish infringement. As there had been no access to source code, the relevant ‘copying’ was alleged to be ‘non-textual’ i. e. ‘copying without access to the thing copied’.
Since OpenRes ‘invites input in a manner excluded from copyright protection (the inputting of commands), outputs its results in a form excluded from copyright protection and creates a record of a reservation in the name of a particular passenger on a particular flight’, once interface aspects had been disregarded, only the business function of carrying out the transaction and creating the record remained. Although the devisers of OpenRes had envisaged this as the end result for their program, this did not amount to relevant skill and labour for copyright protection.
The judge felt that to allow the ‘business logic’ of a program to attract copyright protection would be an unjustifiable extension of copyright.
He also did not accept that the alleged infringement was analogous to copying the plot of a novel (which can amount to infringement) as alleged by Navitaire. He preferred the analogy of a chef copying a pudding by devising his own recipe for it. However, the nature of the ‘idea / expression’ distinction in copyright law will remain impossible to define with complete clarity and is an area of considerable complexity(6). This claim for infringement of copyright therefore failed.

Much of the remainder of the judgment comprises a lengthy analysis of applicable (and complex) database copyright and related contractual matters. As licensees, easyJet were able to rely in large part on the provisions of the database copyright legislation(7) that permits lawful users to do necessary acts, in relation to migration of data to the new database.

However, there was infringement of database copyright in minor respects, where database fields were reproduced unnecessarily.

More confidentiality terms to licence agreements in the future

The judge noted that his decision was not necessarily in line with certain other jurisdictions. For example, he noted that protection against such acts would be more likely to be granted in France. This is despite the harmonising intention behind the Software Directive. Accordingly, the judgment does not consider the extent to which the eRes software could be lawfully used in such countries, but this may be an issue.

Software houses may wish to consider including provisions in licence agreements seeking to impose confidentiality terms with a view to preventing the licensee from producing its own version of the software. This may go some way to protecting the ‘business logic’ of the software contractually. However, the effectiveness of such provisions may be doubtful, and software houses would need to look to patents to protect their business logic in the absence of copyright or contractual protection. 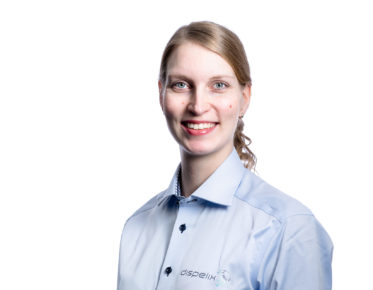 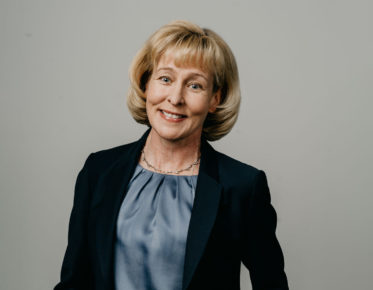 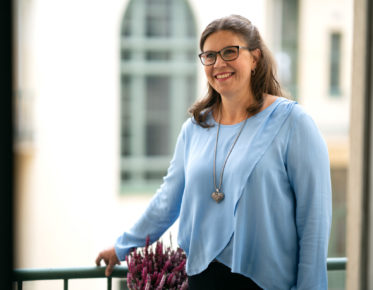