Etusivu Artikkelit Transition and Coherence – A Tribute to Annette Kur

Transition and Coherence – A Tribute to Annette Kur 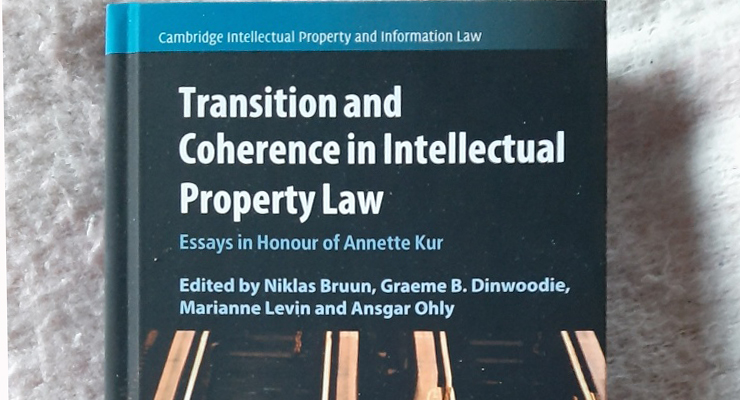 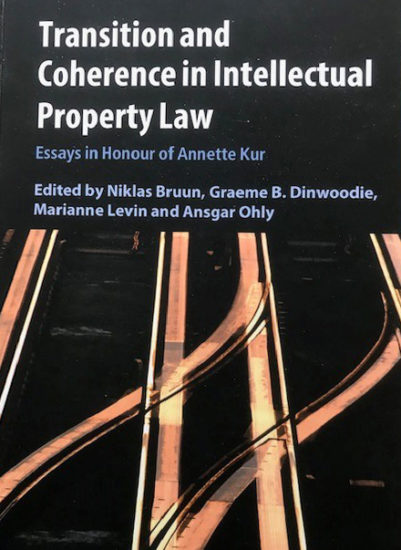 In addition to the preface by the editors and two more personal greetings by Dieter Stauder and Stacey Dogan, it consists of 41 scholarly essays and a conclusion with references to the previous writings, written by Dinwoodie and Ohly. Fifteen of these essays focus on transition and 26 on coherence. The first mentioned part is divided into “Forms and Institutions”, “International Commitments and Constraints”, and “New Agents and the Challenge of New Technologies”, and the second part into “Intellectual ´Property´ and its Limits”, “IP Overlaps” and (Un-) Fairness.

The essays, which start with judge Sir Richard Arnold´s chapter on “Transitional Provisions in Intellectual Property Legislation”, are of high quality and range over a multitude of interesting IP issues. It is confirming the international “nature” of IP Law, but also gives an indication of Annette Kur´s wide network of IP scholars in Continental Europe and the Nordic countries, the United States, Australia and New Zealand.

Besides several books and a great number of articles, always illustratively rubricised, Kur has participated in many important legislative projects, such as the one on designs and more recently on trademarks. In his essay “Presence or Absence of Coherence in Trade Identity Protection in the European Union” Alexander von Muhlendahl, ret. Vice President of OHIM (EUIPO) emphasizes her important and moderating role in the well-known Study on the Overall Functioning of the European Trade Mark System, which was published 2013 by the Max Planck Institute and preceded the forthcoming new Trade Mark Directive and Regulation.

Many of the contributions in the book do not only touch upon IP rights, but also on Kur´s important role in tackling various IP challenges and her search for coherence, a kind of common denominator, in this field of law. It is interesting to note that in this striving she is focusing on internal, not external factors.

Of particular interest in this respect is Professor Peter K. Yu´s essay “An Intellectual Property Structural Engineer Extraordinaire and Her Lifelong Quest for Coherence”. He notes initially that striking an appropriate balance in the intellectual property system has been subject of much scholarly effort. Underprotection of rights affects creativity and innovation while overprotection reduces access to information, knowledge and scientific productions. In addition to finding a balance there has, according to Yu, been a quest for coherence. Kur has devoted a significant part of her career to fulfil this quest.

She has also challenged the property rule as the only regulatory model or the best one for promoting creativity and innovation. On the other hand, she has, Yu notes, criticized the existing IPR system for being unbalanced not because the notion of IPRs is fundamentally flawed, but because of the system´s lack of a proper structure. The fields of patent and copyright law have become increasingly compartmentalised.

At the end of this most readable essay Yu, who has used human rights as a framework for IP, writes with some regret, I think, “I cannot help but notice her reluctance to reform the IP system from the outside.” And he continues by claiming that Kur remains uncomfortable in bringing doctrines from other international regimes to address problems in the IP system. Yu concludes, however, by emphasizing that “If we get closer to developing a more balanced and more coherent intellectual property system, a lot of credit should go to Professor Annette Kur.”

It is easy to concur with the various writers on their appreciation of Kur. At the Hanken School of Economics we have had the pleasure, on several occasions to listen to her thoughtful and knowledgeable lectures. We are proud that she has been awarded an honorary doctorate at Hanken.

The book, that is the collection of essays, is warmly recommended to anyone interested in IPRs, and of course particularly to those engaged in the field and interested in how Kur has affected it. The book as well as her modest and intelligent person do of course deserve a more thorough comment and review than this very brief one. 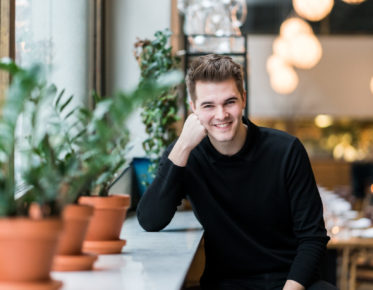