Gender of patent inventors: Some highlights of recent research 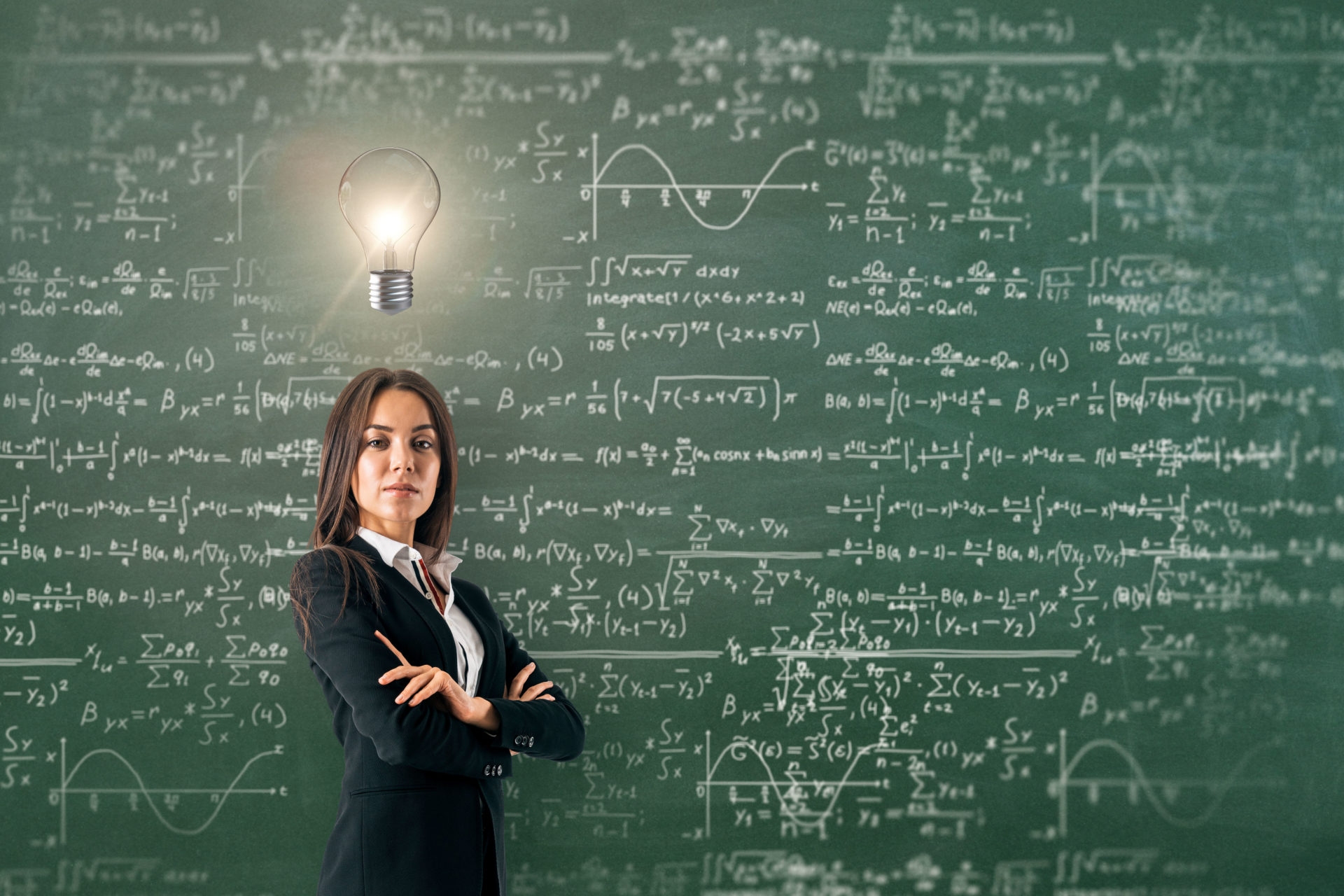 Economists agree that innovations are the driver of productivity and economic growth in the long run (Aghion & Howitt, 2009) and the importance of appropriate institutions in this process has also been acknowledged by leading economists (North, 1991; Acemoglu & Robinson, 2012). Hence, societies must have institutions that promote investments to research and development (R&D) and innovation activity. Patent systems are institutions that are designed exactly to this purpose: By creating means to appropriate returns from R&D investments and commercialization efforts, patent systems incentivize companies and individuals to innovate.

Over the years, the patent systems have accumulated a “knowledge stock” of more than 120 million patent documents that can be retrieved from patent databases such as Espacenet[1]. Patent systems “produce” patent inventors as behind every invention there are naturally inventors. Indeed, inventing is increasingly teamwork and international in nature (Kerr & Kerr, 2018). More recently, an increasing amount of attention has been paid to the gendered inventive activity (e.g., Hunt et al., 2012) as increasingly high-quality patent registry data has become available for researchers. It has been argued that as a consequence of gendered inventive activity, the world is designed primarily for men (e.g., Criado Pérez, 2020).

The United Nation’s Agenda 2030 focuses on a set of 17 Sustainable Development Goals (SDGs) which aim to achieve decent lives for all on a planet by 2030 and of which two are particularly relevant in this context. The fifth goal (SDG5) is to “achieve gender equality and empower all women and girls” and the ninth goal (SDG9) is to “build resilient infrastructure, promote inclusive and sustainable industrialization and foster innovation”. The humankind definitely needs everyone, regardless of gender or any other personal characteristic, to support achievement of these goals. In particular, as some economists are suggesting that ideas are getting harder to find and we are living a period of slow economic and productivity growth (Bloom et al., 2020).

Here, we highlight some interesting recent research findings and suggest some potential avenues for future studies.

There is a gender gap in patenting, but it is narrowing

Lax Martínez et al. (2016) analyze the gender of inventors in international patent applications by compiling a worldwide gender-name dictionary. It includes 6.2 million names for 182 different countries to disambiguate the gender of the inventors of Patent Cooperation Treaty (PCT) applications. They find that there exists a gender imbalance in PCT applications but the proportion of women’s participation is increasing over time. During the period 1995-2015, women increased their participation from 17% to 29%. They state that this kind of progress is observed in most countries, in all technical fields and in both academic institutions and companies but the rates of women participation differ substantially across countries and technological fields.

Also, USPTO (2020) recognizes notable differences in the number of male and female patent inventors which persist even despite greater female participation in science and engineering occupations and entrepreneurship. The observations about the slowly narrowing gap is in line with the studies mentioned above: the report states that the number of patents with at least one woman inventor increased from about 7% in the 1980s to 21% by 2016.

Empirical evidence seems to consistently suggest that the gender gap in patenting is slowly narrowing, and that the participation rate of women reached two-digit numbers permanently during the 2000s. Significant progress has been made in closing the gender gap in patenting but, on the other hand, we are still very far away from “gender balance” among inventors. Women still comprise a minority of patent inventors suggesting that their innovative potential might currently be underutilized. Harnessing underexploited talent could be valuable to spur innovation and to drive growth.

Recent studies have analyzed the factors associated with the probability to become an inventor. To put it briefly, parents and socio-economic background, role-models and education matter.

One of the goals in understanding the factors associated with becoming an inventor, is to study whether these aspects can be used in increasing the number of inventors. Toivanen and Väänänen (2016) study whether the M.Sc. engineering education has causal effects on innovation, using data on U.S. patents granted to Finnish inventors. Since majority of Finnish inventors have an engineering degree (66% in the sample), they used the distance to the nearest technical university as an instrument. The counterfactual calculation of Toivanen and Väänänen suggest that establishment of 3 new technical universities resulted in a 20% increase in the number of USPTO patents. They argue that by increasing the geographic availability of university engineering education, Finland enticed young people to enter engineering education, ultimately making them more likely to patent.

Currently, female students and employees remain under-represented in STEM (Science, Technology, Engineering, and Mathematics) related fields (Kahn & Gintner, 2017). On average around 30% of the world’s researchers are women, less than a third of female students choose to study higher education courses in math or engineering and women who work in STEM fields publish less and often receive less pay (Wood, 2020).[2] Thus, there are clearly factors that may induce women not to choose math education and work in STEM fields. Interestingly, a growing body of literature in economics and other social sciences has recognized that the differences in mathematics test scores can be influenced by family, culture, stereotypes, and other role models through the schooling process (Kahn & Gintner, 2017). Thus, by changing the culture, breaking down stereotypes and having more diverse role models, could potentially increase the diversity of people participating in STEM education and finally in innovation process in general.

Bell et al. (2019) discuss the factors that determine who becomes an inventor in the U.S. and focus on the role of nature versus nurture. They argue that children’s chances of becoming inventors vary sharply with characteristic at birth. These include for example race, gender, and parent’s socioeconomic class. Their findings support idea of the importance of environment and they show that exposure to innovation during childhood has significant causal effects on children’s propensities to invent. Aghion et al. (2017) find similar results about the importance of social family interactions and a positive association between parental income and the probability of inventing. Bell et al. (2019) also find that the exposure effects are technology-class- and gender-specific: Girls are more likely to invent inventions belonging to specific technology class if they grow up in an area with more women (but not men) who invent in that class. They argue that there are many “lost Einsteins” especially among women, minorities, and children from low-income families. These are the individuals who could have created highly impactful inventions if they had been exposed to innovation and role models in childhood.

These studies support the idea that parents, role models and education play a significant role in a child’s journey to become an inventor. It seems to be important that girls would be increasingly exposed to women inventor role models.

Our societies need the best of our minds, irrespective of their genders and other personal characteristics, to develop new inventions that increase our standard of living and solve technical problems related to, among other things, complex vicious societal problems such as pollution and climate change. Role models are very important as suggested, for instance, by Kahn and Ginther (2017) and Bell et al. (2019). The increasing number of women inventors is therefore likely to invite an increasing number of women to choose STEM education. Increasing the number of women choosing STEM education presumably promotes the achievement of SDG5 and SDG9 mentioned above. In addition, it could be emphasized that majority of inventors also contribute to the achievement of SDG13 “Take urgent action to combat climate change and its impacts” either directly or indirectly when new inventions solve existing technical problems more efficiently. For example, new advanced technologies related to energy production and use, transportation, agriculture and forestry will be crucial in significantly reducing the greenhouse gas emissions.[3]

It is important to notice that demography of inventors may play a crucial role also for the direction of innovation – that is, which technical problems receive the most attention. If female inventors can bring to their work different types of knowledge, experience, and preferences compared to men, then the inventor-invention link may result from women discovering new, female-focused ideas that men would or could not (cf. Criado Pérez, 2020). In this view pointed out by Koning et al. (2020), a rise in the share of female inventors will shift the supply of inventions towards the needs of women. They study this hypothesis using data on the universe of US biomedical patents and find that patents with women inventors are significantly more likely to focus on female diseases and women-led research teams are 26 percent more likely to focus on female health outcomes. Koning et al. (2020) argue that when women invent for women, they merely do not crowd out men, nor do they invent things that men would have otherwise invented.

Some studies have documented that the “IPR gender gap” is not only limited to patents: There are also systematically more male inventors/designers also for designs, trademarks and utility models (Heikkilä, 2019). However, it seems that “industrial design” gender gap has narrowed faster than patenting gender gap at least in Finland: for the period of 1982-2013, the average annual share of women inventors and designers for patents and design rights was 7.0% and 13.1%, respectively. For design rights the percentage has been rising steadily from 5.5% to 20.3%. As a comparison, the share for patents increased from 2.0% to 8%. (Heikkilä, 2019). Similarly, USPTO (2019) documented that the share of women has increased more for design patents than for utility patents. As more high-quality registry data becomes available also for other types of IP rights, it is likely that researchers allocate more attention also to diversity in the context of design rights and trademarks.

Finally, there is a hot debate around IPRs and artificial intelligence (AI) on whether machines can be named as inventors alongside humans.[4] Could it be that in the not-so-distant future researchers’ attention shifts from gender of human inventors to “type of inventors”? Will we see statistics where we follow the increasing share of AI inventors and decreasing share of human inventors? One example where AI has taken gigantic leaps in invention is deep learning program of DeepMind for determining the 3D shapes of proteins from its amino-acid sequence. It has been said to transform biology and to take a huge leap in solving one of biology’s grandest challenges (Callaway, 2020). While AI can potentially affect positively the number and quality of inventions, there exists also some concerns. UNESCO (2020) released a report “Artificial Intelligence and Gender Equality” that notes several risks regarding the AI’s negative impact on the equality of gender (e.g. emphasizing the male characteristics in automated job recruitment). Alongside with the reliability, universality and accuracy of the data, the AI generated patterns, predictions and recommended actions reflect also the inherent assumptions and biases of the developers of the algorithms employed. Reaching AI’s potential in making positive changes in our societies requires inclusion of diverse stakeholders. Thus, in addition to breaking stereotypes and other obstacles, also promoting more girls and women in STEM and AI education is important.

To conclude, the humankind needs appropriate institutions, such as the patent system, to incentivize innovation in order to solve the grand challenges that we are facing and to achieve the United Nation’s Sustainable Development Goals by 2030. Similarly, we need appropriate institutions such as the education system that educates future inventors and innovators, irrespective of their personal characters.

Views expressed in this article do not necessarily represent those of the authors’ employers.