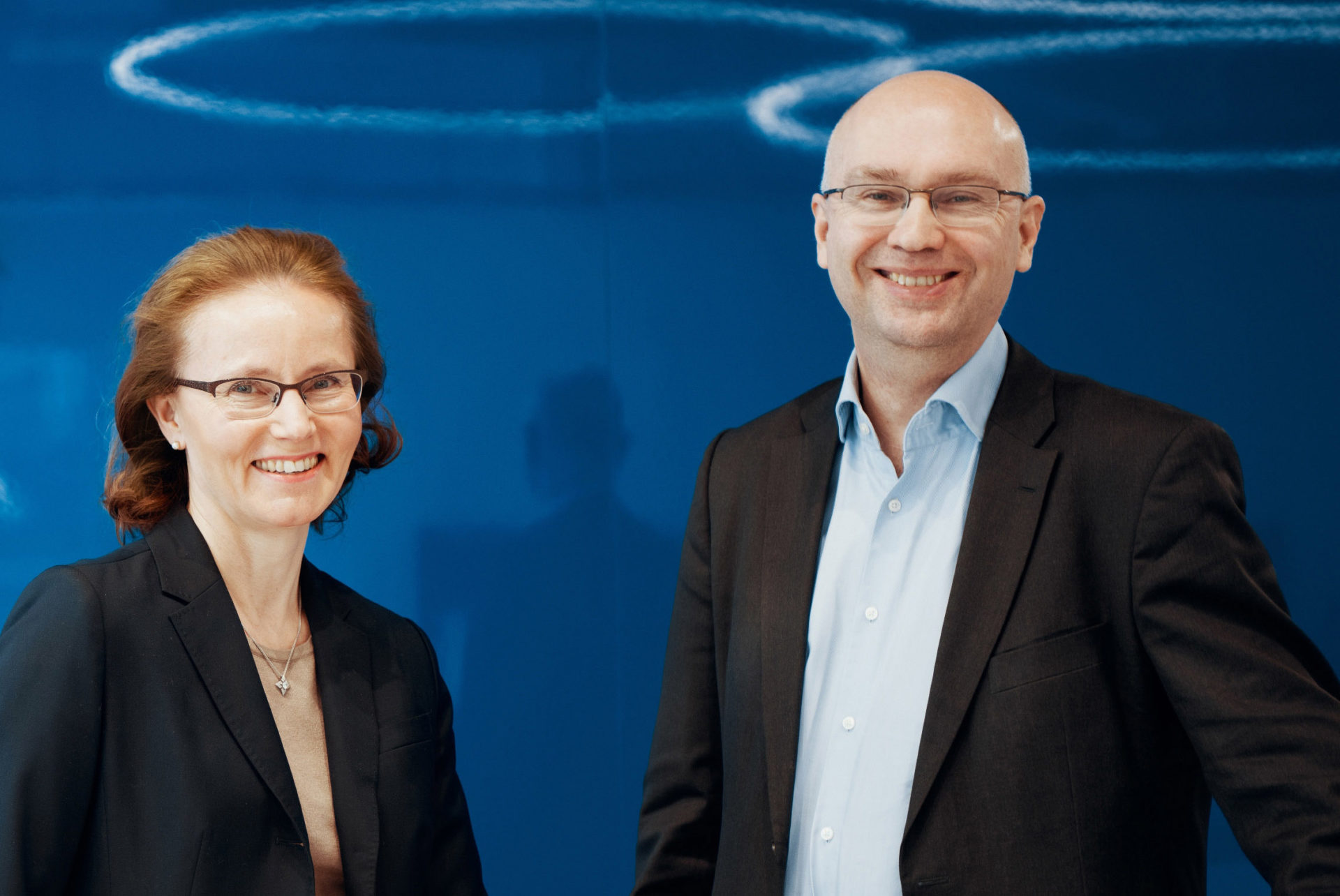 The Patent Business team at Nokia is recognized worldwide for significant patent deals. IPRinfo interviewed two key figures, Ilkka Rahnasto and Eeva Hakoranta, to find out what makes their team so successful. 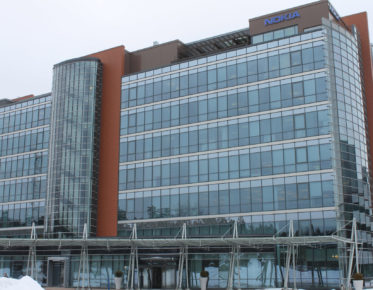 The Patent Business team at Nokia, led by Ilkka Rahnasto, is known around the globe as tough and competent negotiators who build strong relationships with licensees and deliver profitable agreements. IAM, an international magazine reporting on intellectual property as a business asset, ranked Rahnasto as the top global market maker for 2017.

– To go far in licensing business, you must have a first-class product, it must be useful and usable, and you must be able to convince potential licensees that it is worth paying for, Rahnasto sums up the key factors of their success.

Currently vice president and head of Patent Business, he started his Nokia career 20 years ago as an IPR lawyer. Rahnasto says that intellectual property issues already fascinated him as a law student. Moreover, he has taken to technology since high school. His colleague Eeva Hakoranta, vice president of Licensing for Patent Business, specialised in contract law, including in particular technology and intellectual property transactions and related enforcement through litigation and arbitration. She worked for several years in a law firm.

“We all use Nokia technology every day”

– I always liked to look into new things for continuous learning and renewal and over the years IPRs took more and more space in my work as an attorney. I came to Nokia in late 2006 to establish an IPR legal function because they needed lawyers specialising on the interface between business and IPR. Six years later I moved over to lead the licensing group, whose staff has since multiplied.

Rahnasto and Hakoranta are based on the Nokia campus in Espoo, Finland. In 2014, following the sale of its mobile phone business to Microsoft, Nokia Corporation reorganised its activities. Nokia retained its entire patent portfolio, and the responsibility for the licensing of patents, technologies and the Nokia brand moved to the Nokia Technologies business.

Mergers, acquisitions and sales have also brought changes in the vast patent portfolio of the company, most notably the acquisitions of Siemens’ stake in the NSN joint venture in 2013 and of Alcatel-Lucent in 2016. Following those transactions, Nokia owned more than 30,000 patent families. Through active portfolio management, at the end of 2017 Nokia owned around 20,000 patent families. Around 280 employees work in Patent Business, with many focused on managing the portfolio.

Nowadays, licensing constitutes a considerable portion of Nokia revenue. In 2017, Nokia Technologies increased its net sales 57 per cent from the previous year to 1,654 billion euro. In addition to its ongoing business, the company signed noticeable licensing deals with more than 25 companies, including Apple, Huawei, LG Electronics and Xiaomi. Indeed, Nokia expects recurring net sales from the licensing business to grow by around 10 per cent each year for the next three years.

Rahnasto and Hakoranta trust firmly in their portfolio and the way it is managed. Finishing each other’s sentences, they explain that no invention nor any patent or portfolio is profitable until it can be taken into use. Even though Nokia submits patent applications on more than 1,300 new inventions every year, developers cannot work on products with only patenting in mind, nor is all patenting directly oriented to licensing.

What is it that makes the Patent Business team successful? Rahnasto and Hakoranta would not single out any one factor.

– The level of ambition must be high, without it you cannot achieve great success. We need perfectionists with healthy self-esteem but at the same time they should be good team players, Hakoranta reflects.

Rahnasto emphasizes the significance of a solid knowledge basis. Nokia’s research scientists, engineers and other technology specialists provide the innovations and products, without which there would be nothing to patent or license.

With a contented laugh Hakoranta and Rahnasto reveal the winning attitude of their team: “we have the world’s best portfolio and the best team”.

– Participating in licensing negotiations means playing a tough game. In addition to strong patents you must be able to rely on your colleagues with good self-confidence and the courage to stand behind their positions, Hakoranta says.

“We are so well known that everybody wants to meet us” 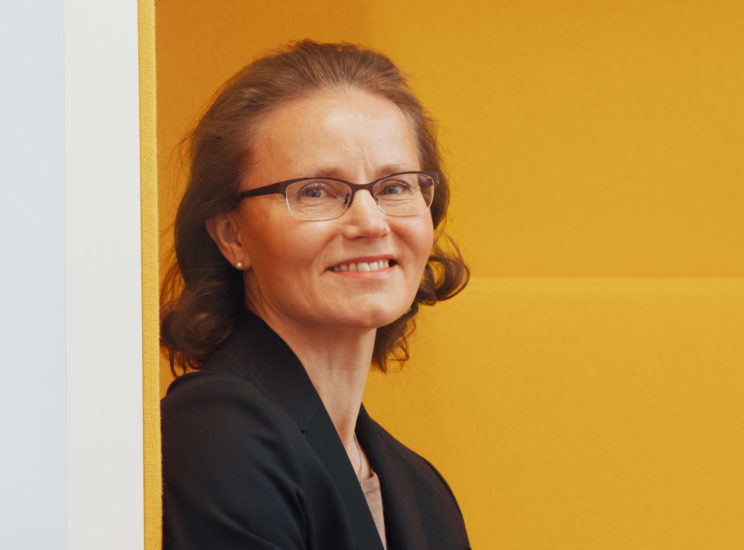 She adds that one cornerstone of success is the possibility to freely voice your differing opinion in a constructive manner. She expects the team to have a good dialogue before aligning behind a strategy. Sometimes voices are raised, which Rahnasto euphemistically calls “complementing perspectives”.

Academic and scientific research give a solid background

– We have collaborations with professors around the world. Academic research continues to play an important role in IP. The application of IP laws in the new evolving technical context keeps on requiring that old IP law concepts are kept fresh, setting all the time new expectations also for the academic discussion, Rahnasto says.

He himself has a LL.M degree from the US and Finland. In 2001, he defended his dissertation in Helsinki: “Intellectual property rights, external effects and antitrust law: leveraging IPRs in the communications.” In the thesis he claimed that it is crucial to take into consideration the potential use of all of the company’s intellectual property, not only patents but also copyright and trademarks and their possible impact on society.

– This is what we still are doing, using IPRs to create a business, he says.

Licensing is a growing business

Licensing is a business in its own right; monetizing intellectual property is one of the ways to create significant corporate value. Rahnasto sees huge opportunities in the Internet of Things (IoT) and 5G. When a device – for example a thermostat – sends data and receives directions via cloud services, they need to communicate wirelessly. And the standard essential patents (SEPs) for wireless technologies are an area where Nokia has systematically focused on growing its patent portfolio. Rahnasto remarks, however, that the market rules for IoT have not yet been established.

– We all use Nokia technology every day whatever brand of smartphone or connected device we use, Hakoranta reminds.

Indeed, during the past thirty years Nokia has focused on developing wireless technologies, including for the GSM, 3G and 4G and emerging 5G standards. Many of these technologies originally developed and patented by Nokia are now the core of Nokia’s patent portfolio and the basis of its licensing programs.

Rahnasto believes that value is generated from know-how

The art of negotiation

Despite various new means of communications, business negotiations usually require personal contact. Hakoranta and Rahnasto find themselves abroad often on weekly basis. Rahnasto, Hakoranta and their teams negotiate with people from a wide range of cultural backgrounds. Respect and honesty help to achieve the goal.

– It is important to be yourself. Respecting your partners’ culture does not mean that you must adopt all their cultural practices, but you should be mindful of them. One of the most crucial things is to find out who has the mandate to make decisions, Rahnasto says.

“Winning attitude: we have the best portfolio and the best team”

– And everyone in our team must have the courage to stand up for their piece of the negotiations. Sometimes I have been asked afterwards how I dare to be so self-confident. But I trust our portfolio and our team members, Hakoranta continues.

She is often the only woman in licensing negotiations, but her gender has never brought problems. With a grin, Rahnasto remarks that any disrespect would be out of the question. Their team is so well known that “everybody wants to meet us.”

Hakoranta adds that some women, often a bit younger, in the male dominated profession have told her that she gives them hope: proof that a woman can rise to a senior position in business and negotiate on the same basis as men. To be a role model makes Hakoranta smile.

– It means I must have done something right.

History of Nokia in a nutshell 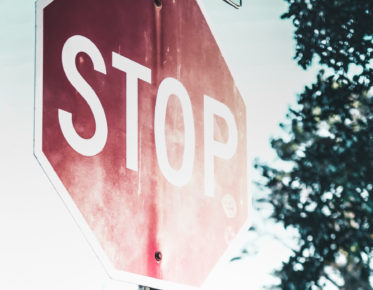 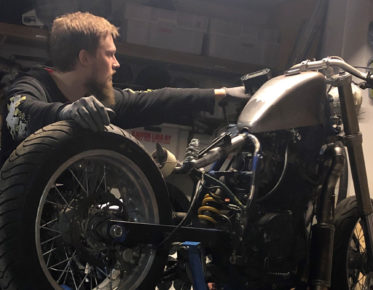 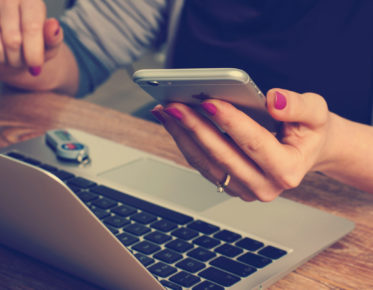