In the beginning of August, intellectual property scholars from all over the world gathered in Helsinki to discuss the role of fairness, morality and ordre public in intellectual property law and policy. The 37th Annual Congress of ATRIP was hosted by Hanken School of Economics and IPR University Center.

Over four days, 5–8 August 2018, keynote speakers and panels consisting of IP scholars addressed the theme of fairness from different perspectives. This year’s annual congress of the International Association for the Advancement of Teaching and Research in Intellectual Property (ATRIP) had gathered nearly 170 junior and senior IP scholars to Helsinki.

The 2018 ATRIP Congress kicked off on Sunday with an Early Career Workshop contest, the first of its kind at ATRIP. In the workshop, the early career researchers had four minutes to present their current research.

The presentations were judged by a panel composed of ExCO Members and a senior scholar from the Local Organizing Committee. The first prize of 300 euros was awarded to Stefan Papastefanou (Germany) whose research topic is “Practicability and Significance of Human Dignity in International Patent Law: a Comparison of European and U.S. Patent Law”.

Defining and measuring fairness is challenging

Monday started with a welcoming speech by Professor Karen Spens, Rector of Hanken School of Economics. Professor Daniel Gervais, the President of ATRIP, outlined the 2018 theme by discussing the definition of fairness and Sherif Saadallah, the executive director of WIPO, talked about the complex strands of IP policy around the world. In the first keynote speech, Professor Anette Kur (Max Planck Institute for Innovation and Competition) argued together with Professor Nari Lee (Hanken School of Economics) that fairness might be a useful tool helping to modulate the scope of IP rights.

The theme of the first session was how fairness, morality and ordre public can be measured. Marsha Simone Cadogan (Centre for International Governance Innovation CIGI) suggested that it is not a tiered system of defining the fairness and morality of IP rules which is the key issue. The problem lies, instead, in how these concepts are measured globally, and in the absence of solid and timely resolutions when inconsistencies are found. 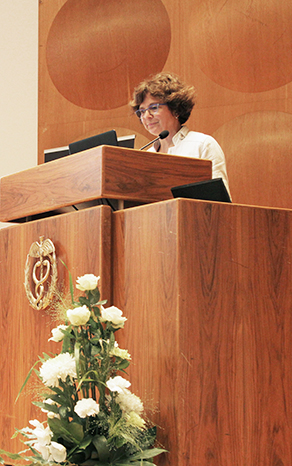 One theme of the sessions on Monday was the meaning of fairness and morality to authors and groundbreaking technologies. Professor Pascale Chapdelaine (University of Windsor) used graffiti, vilified and revered, to discuss copyright law – balancing rights of graffiti artist, property and public. One of her main arguments was that graffiti as acts of illegality and transgression should not be a bar per se to copyright protection. In her research she explores the extent to which those acts may in fact pursue the purpose of copyright law. Chapdelaine also noted that the interest of the public should be given weight since graffiti is normally on the streets and in public places and can, therefore, be seen as a sort of “public act”.

Professor Dinusha Mendis (Bournemouth University) took a look into the future and presented her thoughts on how Collective Management Organizations (CMOs) could benefit from blockchain technology. Professor Dana Beldiman (Bucerius Law School, Germany and UC Hastings Law School) and Assistant Professor Arpan Banerjee (Jindal Global Law School and University of New South Wales) discussed another current topic – fake news – from an IP perspective. Their paper proposes to identify and categorize instances in which dishonest information practices like fake news cause harm cognizable under IP theories (such as author’s rights, business reputation, trademark and false advertising) as well as the extent to which such practices are limited by free speech rights.

Economic and Non-Economic Shades of Fairness and Morality

Early Tuesday morning, the economic and non-economic shades of fairness and morality were on display. Dr. Henning Grosse Ruse-Khan (University of Cambridge) grabbed the topic by asking if IP law should treat all IP owners the same. He questioned whether IP non-discrimination principles can be applied in a “fair” manner. In the second session of the day, the dynamism of fairness in copyright law was analysed by Poorna Mysoor (University of Oxford) from a user’s rights perspective. Fair use in the digital world was also one of the topics of the session.

In the afternoon, the sessions were divided into three parallel sessions with topics related to employees in global production chains, the meaning of fairness for confidential information and the role of negotiation and remedial measures. In the session devoted to fairness, morality and ordre public for employees, professor Katja Lindroos (University of Eastern Finland) focused on fairness in certified global food chains. She highlighted such weaknesses in the intellectual property regime as may allow the exploitation of traditional knowledge disguised as fair trade. 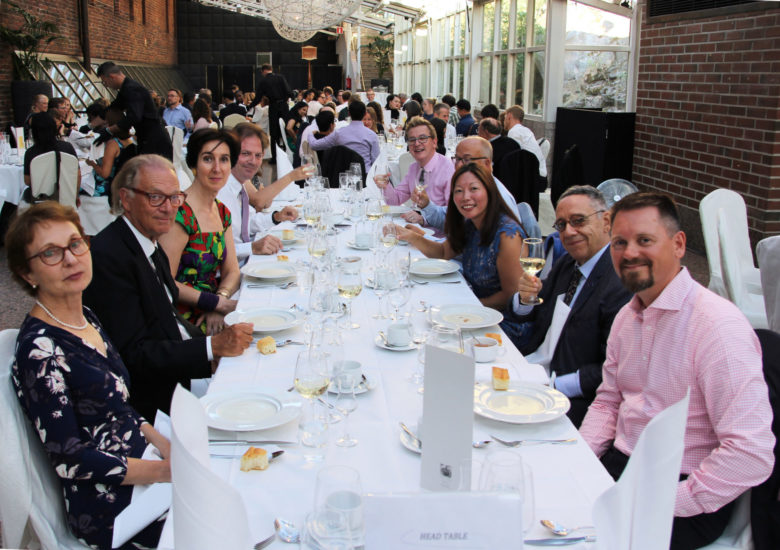 At the end of the congress, the winner of annual ATRIP essay competition for young researchers, João Pedro Quintais (University of Amsterdam) presented his essay “Untangling the Hyperlinking Web”. He explained the CJEU case law on the online right of communication to the public.

In addition to the topics mentioned above, numerous other issues and points of view were analysed in presentations and discussions, for example “Unfair Commercial Use of Regulatory Pharmaceutical Data”, “An Inter-Disciplinary Analysis of THE SLANTS Case”, ” Incentive-based Justification for ’Fairness’: Antitrust vs. Intellectual Property” and “Royalty Rebates and Competition: the Qualcomm Ruling and the Intel Decision”. Since the total number of speakers in the 2018 ATRIP was 70, all topics cannot be covered in this article, but we encourage you to visit the ATRIP 2018 website to learn more about the topics and speakers.

Overall, the ATRIP 2018 was a successful and inspiring event. IP scholars, practitioners and researchers from all around the world had an opportunity to discuss and share a variety of perspectives on IP as well as enjoy sightseeing Helsinki in a warm and sunny weather. After the conference, the ATRIP members held their annual meeting, which inter alia nominated the president for the next two years. The interview of the next leader of the organisation, Jens Schovsbo can be read in this issue of IPRinfo.

Working as trainees at IPR University Center in 2018, the authors also assisted in preparing and carrying out the ATRIP 37th Annual Congress.