In Finland, the history of patents is some 160 years old. The number of patents, however, has been used as an indicator for innovative and economic activity for only the past forty years.

Compared to research and development (R&D) expenditure, the use of patent data has always only been the second best solution. One benefit of patent data is the availability of long time series, which increasingly often are computer readable, and the data are classified into specific technological classes.

The number of patent applications does not measure technological change, although they are a manifestation that something is taking place. Patents that represent a major technological breakthrough may lead to growth in industrial investment. But such patents constitute only a small percentage of the total number of patents issued in an industrial sector during a given year. Most patents are for inventions representing incrementally small advances in knowledge. Arguably, these minor inventions are less likely to explain movements in industrial investment.

Patents are generally regarded as a relatively good indicator of innovative activity. This is one reason why patent data are used in various ways in economic analyses. The relationship between patents and R&D has been researched quite a lot during the last 40 years. Researchers have shown that there is a strong relationship between the number of patents and R&D expenditure. This has provided a possibility to analyse innovation from different viewpoints, for example the effect of the size of the firm on innovative activity, patent value estimations, R&D spill-overs etc.

Like all indicators, patents have their pitfalls. Perhaps the most significant disadvantage is that not all inventions are patented. It is also true that not all innovations are technically patentable and, conversely, not all patented inventions become innovations (see e.g. Pavitt, 1988, Grupp, 1998 on the use and misuse of patents).

In the literature on innovation, there are two basic approaches: the first pointing to market forces as the main determinants of technical change, the so-called ”demand-pull” theories, and the second defining technology as an autonomous factor, at least in the short run, the so-called ”technology-push” theories. Technological change has been an important component of economic development for both of these theories.

Joseph Schumpeter was concerned with the long-term economic development and structural change in capitalist societies. According to his ”technology-push” theory, research leads to inventions, which then leads to the development, production, marketing, and introduction of innovations to the market.

Radically new inventions lead to the emergence of completely new industries and create renewed momentum for economic development. The supply of new technologies is, therefore, more important than the adaptation to the existing patterns of demand.

In the case of the ”demand-pull” theory, Jakob Schmookler found that the time series for investment and patents showed a high degree of synchronicity, with the investment series tending to lead the patent series more often than the reverse.

He found that it was investment that usually led the upswing from the troughs of economic fluctuations. On the basis of this evidence, Schmookler argued that fluctuations in investment could be better explained by external events than by the course of invention and that, on the contrary, upswings in inventive activity responded to upswings in demand.

A third theory is no longer so popular, but it still offers valid explanations in the historical part of this study. The main idea behind Gerhard Mensch’s contra-cyclical pattern of growth theory is that patenting activity culminates during the production downswings.

Although the number of patents provides an output indicator for innovative activity, it is too simplified to say that patents cause economic growth or vice versa. Patents are only minor players when it comes to industrial development. However, in historical time series studies, they give some indication of the causalities in industry and economy.

Chart 1 illustrates the development of the number of domestic patent applications and the industrial GDP (FIM at market prices) in Finland since the 1950s. Industrial GDP is that part of the gross domestic product (GDP) which is produced by manufacturing industries (as opposed to agricultural production and services).

All the patent figures are based on the number of domestic patent applications instead of granted patents. This methodology is common in studies dealing with long time-series, because it gives a better picture of the patenting activity at a certain stage of development.

In Finland, patents and industrial development seem to have a strong relationship. The trend of domestic patent applications showing a continuous increase since the 1960s can be seen in the Chart. Naturally, an important factor behind this growth has been increased investment in R&D.

A Swedish economic-historian Olle Krantz studied patents in the1970s and 1980s at Lund University. He compared the ”annual change” figures of patent applications to the industrial GDP, in order to study the technological change in Sweden from 1840 until 1980. By identifying peaks and troughs in the annual change series, he found periods that were a good match to Schumpeter’s technology-push theory and Schmookler’s demand-pull theory.

Here I have applied this methodology to Finland. By observing the annual change series of patents and industrial GDP, it is possible to find three periods, which fit perfectly to the theories presented.

Contra-cyclical period after the war

The first period, from the 1950s to the early 1970s, can be called a ”contra-cyclical period”. The industrial development of that period was characterised by extensive growth based mainly on an increased use of basic inputs, labour and capital. The depression of 1957-1958 was preceded by a lull in international trade, the Finnish general strike (1956) and the introduction of a tight economic policy in Finland. The competitiveness of Finnish exports remained, nevertheless, high, owing to the devaluation of Finnish markka in 1957. (Hjerppe, 1989).

The charts show how Finnish industries tried to overcome the hard times by developing more inventions. When the economic upswing started, the patenting activity peaked, and efforts were directed more towards improving the competitiveness through these new products.

The contra-cyclical theory offers an explanation: in the absence of a financial constraint, firms experiencing high profits will be less likely to innovate, because that only serves to cannibalise existing profitable market positions. This period ends in 1973 and a new theory takes over.

Surprisingly, the switch in patterns takes place simultaneously with the oil crises. Owing to the growth of exports to the Soviet Union, the recession was milder in Finland than in many other countries.

According to that approach, the buying pattern of consumers changed towards more sophisticated and expensive products, and companies reacted by bringing new and improved goods to the market.

This approach matches the general economic development in Finland at that time, with rising incomes and increased demand for better goods. In addition, a transformation of the industrial structure took place; a change from forest-based manufacturing industries to high-technology industries. At the same time, knowledge intensity has increased within the traditional strong industries, forest and basic metal industry, through diversification into new product areas and upgrading of production processes.

The period of demand-pull ended as the economic crisis began in Finland in the early 1990s.

As we shift our focus to the 1990s, especially after the financial crisis, the technology-push view seems to dominate. This means that now the annual change of the industrial GDP lagged behind the annual change of patent applications by some two years. There is hardly just one explanation for this. Some characteristics, however, can be easily identified.

Firstly, the trend of R&D expenditure has been upwards since the early 1980s, even during the financial crisis. Keeping in mind the fact that the fruits of R&D inputs can be measured in the number of patents, R&D expenditure must definitely be considered as one explanation for the technology-push phenomenon.

Secondly, the role of patenting has changed. In the 1990s high-tech companies in particular made it their strategy to patent all their new solutions or inventions. Particularly in the telecommunications sector, the patenting strategy differs a lot from the other industrial sectors. Patents have become a value of trade.

How about the future: horror scenarios and hopeful visions

Now I would like to use patent data to predict some scenarios for Finnish industry in 2003.

According to the second scenario, the pattern will change in 2003. It is unlikely that the ”contra-cyclical” pattern would take over, because it would mean that the companies which are innovative today would suddenly stop their innovation activity. In the intensified technological competition, such a change is not likely to happen.

Another possibility is a return to the ”demand-pull” view, which dominated between the 1970s and 1990s. The recent behaviour of the most patenting sector in Finland, high-technology companies, might support this view.

Since the IT-bubble burst a couple of years ago, companies seem to have become more careful in introducing radical new products or technological solutions to the market. Perhaps they have started to listen more carefully to the real demands of the consumers. If this is the case, values like ”environment” and ”wellbeing”, may become important factors.

However, in the economic history of Finland, changes patterns have always taken place after some deep economic crisis. Last time, when the demand-pull pattern took over, the crisis was caused by oil, which might play an important role in the world economy this year, too.

A new approach – but no connection between patents and GDP?

The third scenario is that something else will happen: neither a change in patterns nor a continuation of the dominating pattern. Whatever that might be, it is not necessarily worse than the two previous scenarios. The fantastic relationship between patents and industrial GDP, which has existed in the Finnish economy for the past 50 years, would, however, be lost.

Since the 1950s, Finnish industry has witnessed three different patterns of development. From the 1950s to the oil-crisis, the graphs of patents and industrial GDP developed in opposite directions. From the early 1970s to the early 1990s, there was a period of the demand-pull pattern, in which companies reacted to the signals sent by markets. That was followed by a technology-led development, in which advances in technology have been considered to cause economic growth.

Pattern changes have occurred right after economic crises. Is this just a coincidence, or is there perhaps some deep structural change in patenting behaviour of the companies? By the time, we will see the answers, being either in the middle of recession or at the top of an economic upswing.

N.B.
The Charts are enclosed as PowerPoint slides. Their figures are based on statistics from Statistics Finland and the National Board of Patents and Registration of Finland. 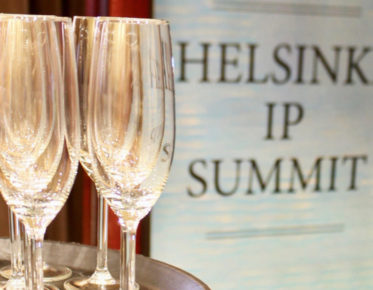