Overview on the Legal System Concerning Software Protection in China

China adopts a legal system, which has been the trend of the world in the past decades, of using express statutory protection for software under copyright laws. According to Article 3 of the Copyright Laws of the People’s Republic of China (PRC), ”Copyright Law”, computer software is regarded as one independent category of the works of writing.

Considering the special characteristics of software as opposed to other subjects that are under the copyright protection, the Copyright Law authorizes the State Council to decide and promulgate governmental regulations that exclusively deal with software protection. This is the legislative origin of the Regulations on Computer Software Protection effective as of October 1st, 1991 (”Software Protection Regulation”).

On March 28th, 2001, the Regulations on Protection of the Layout-Designs of Integrated Circuits were adopted by the State Council, coming into force on October 1st, 2001 (”IC Protection Regulation”). Together with and subject to the international conventions that China acceded, such as Bern Convention of the Protection of Literary and Artistic Works and Agreement on Trade Related Aspects of Intellectual Property Rights (”TRIPs”), the Copyright Law and the two above-mentioned regulations constitute the basic Chinese legal framework for software protection.

It is also possible to patent software according to a theoretical and literal construction of Patent Law of PRC (”Patent Law”) although the practice of filing software patent is hardly visible. So far, the China Patent Office has not published any guidelines concerning the reviewing and examining the qualifications of software for a patent. But pursuant to Article 25 of the Patent Law, the rules and methods of intelligent activities are not qualified for patents.

Pure computer software is, at least in practice, deemed as falling into this category, thus not patentable. But if the software is in conjunction with some other invention or linked with some hardware, the combination of which can produce some concrete, useful and tangible result through a technically identifiable process, it may be patentable.

Another measure available for protecting software is the trade secret. If a company chooses to keep its proprietary software as a know-how and has taken considerable efforts to prevent it from being disclosed to the public, the software may be regarded as a trade secret that can be generally protected under the Anti Unfair Competition Law of PRC.

According to the Copyright Law, authors, who can be human beings, legal persons or non-legal-person collective organizations, are naturally copyright owners. An author of software should typically be the one who contributed to the specifications of the software architecture and operation. A programmer who writes a program using standard developing tools to meet well-defined specifications is probably not an author. The chief designer or a software engineer is very often an author.

It also very frequently happens in China that a legal entity or an organization claims the title of the author, without mentioning any individual persons who are actually involved in the creation of the works.

Software created by mainly taking advantage of an employer’s facilities and competence and as a result of performance of duties based on employment relationship shall be owned by the employer. Other kinds of works, even if being created in the same way as above, will be owned by the individual authors provided that the employer has the preemptive right to their use.
Subcontractor developers will automatically own the copyrights of any work deriving from the assignment unless it is expressly defined in the subcontracting agreement that all intellectual property rights arising from the development shall belong to the assignor.

While the so-called ”moral rights” are protected forever under the Copyright Law, the protection period applicable to economic rights such as publication rights and reproduction rights etc will be 50 years after the death of the author in case the author is a human being or 50 years after the first publication of a work if the author is a company or an organization.
In order to be protected by the Software Protection Regulation, the software owners have to register the software with the concerned authorities under the Ministry of Information Industry, which will issue a registration certificate as prime facie evidence certifying the ownership of the software in question. In case of software transfer, the concerned agreements shall also be filed with the same authority. Failure to do so may disable the transferee to defend against a third party infringement.
According to the lately promulgated Measures for Administration of Software Products, it is prohibited to produce, market and sell software (excluding tailor-made subcontracted software and programs that are self-developed and for personal use) without proper filing and registration.

The limitations on the exercise of copyrights, which refer to a bunch of free use rights without the consent of copyright owners, are not as clear as they look. A legitimate owner of a computer program has the right, for his/her own use, not only to install and make copies of the software but also to modify it, if necessary, in order to adapt it to the operation environment or for the purpose of improving its functions. It is questionable whether such rights can be waived through a contract.

Moreover, the reproduction of a reasonable quantity for non-commercial purpose is also allowed for educational institutes or government agencies. Taking consumer software into consideration, i.e. software targeted to be sold to every consumer, like Real Player, this is a questionable exception. Interestingly enough, Chinese laws have avoided addressing on reverse engineering, which may imply, according to general legal principles, that it is an issue that can be negotiated between parties.

Compensation for copyright infringement depends on the actual loss suffered by the right holders. Or, if it is difficult to calculate such actual losses, which may include both direct and reasonable indirect damages, then the income of infringer generated from the claimed infringement will be used as a reference to decide the compensation amount. There are no exemplary or punitive damages available under Chinese laws. A cap indemnity of 60000 USD (RMB 500,000) will be quoted if neither of the above two methods can be used.

The introduction of IC Protection Regulations appears to be an effort to bring China’s intellectual property legislation in line with Section 6 of TRIPs, which addresses IC layout-design protection. The protection for IC starts from the registration date and expires in 10 years.

Theoretically, according to the patent system in China, as endorsed by the TRIPs, to which China is a party, all advanced technologies should be able to be protected under the Patent Law. Admittedly, patent protection, compared with protection given by the copyright law, is stronger in that it protects also the underlying innovative and unique ideas and thinking behind the literal words. It can, to some extent, stop competitors from using similar technology even if such competitors have independently developed it.

The government has taken a practical and cautious approach where on one hand it has to meet the WTO requirements by not excluding patentability of software and, on the other hand, it holds a fairly conservative attitude towards the so called ” new trend” that is flourishing especially in the US: to patent software or even business models built on certain applications. Considering the solid reality of a developing country, which on the level of macroeconomics needs more in-licensing than out-licensing, it is for the benefit of China to adopt a less aggressive approach than the developed WTO members do in terms of software protection by patenting.

Current patent system is not designed for software. Application programs can very easily become obsolete during the pending period before a patent can finally be granted. The Implementation Rules of the Patent Law define the detailed requirements regarding how to write a patent application. This expertise may demand more sophisticated professionalism when you attempt to patent software due to the lack of guidelines specifically governing software patents and to the ambiguity of the general rules manifested when they apply to software – something that they did not intend to address.
All starting from the application date, the protection term for an invention is 20 years and for utility and patent designs 10 years.

Compensation for a patent infringement is similar to that for a copyright infringement, which depends on either the loss suffered by the right holders or the income illegally generated by the infringer. In case neither of the above two methods is applicable, a license fee shall be used as a basis to calculate the compensation.

Improving and Geared to WTO

It has been almost two decades that China has made efforts to get into WTO. During this time China has amended, revoked and created a lot of laws and regulations in order to make Chinese legislation smoothly geared to the WTO requirements. Negotiations centered on intellectual property rights have been among the toughest topics.
China has made enormous progress in its endeavor to ultimately achieve the comparatively same level as most of the developed countries with respect to IPR protection by introducing new laws and provisions and committing obligations under major international conventions.

For example, the recent modifications of patent laws bring in an unprecedentedly powerful remedy in Chinese civil law system – a court injunction to immediately stop an infringement. Today, the legal framework for the protection of intellectual property rights has been firmly established, and it is well structured, thanks to the modest learning from the long experience of developed countries. Most of the concepts in international IPR practice can be found to have counterparts in Chinese legislation, enabling more efficient communication and resulting in more transparent legislation.

Admittedly, software piracy exists in China as it does in the rest of the world. In order to crack down the infringement against intellectual property rights, some infringing activities of serious nature are treated as criminal acts, and they are subject to substantial criminal fines and imprisonment. However, it is worthwhile to note that possessing and using infringing software by a consumer for his/her personal use is not necessarily sueable, even if it is a conscious act.

However, an infringing software holder has to destroy his or her infringing software if such unmaking is definitely needed in order to protect the legitimate rights of the software owners. Although the Software Protection Regulation does not further elaborate on this issue, a reasonable conclusion can still be drawn that the burden of proof in such a case shall be born by the party alleging an infringement.

As China is still paving its way to the final access into WTO, more obsolete legislation need to be reviewed, probably including the Software Protection Regulations which were made on the basis of the Copyright Law in 1991. Nevertheless, according to rules concerning conflicts of laws in China, in case of discrepancies between international conventions and domestic laws, the former prevails. In case of discrepancies between laws adopted by People’s Congress and its Standing Committee and regulations promulgated by government, the former prevails.

Therefore, as soon as China has accepted and signed any WTO legal document, it automatically becomes Chinese law, invalidating all provisions that are contradicting against it and, consequently, integrating Chinese laws at least in theory. By introducing such an automatic mechanism, Chinese legal system is always harmonious at a time of China’s accession to international conventions, although the real amendments to the conflicting domestic laws and regulations may take some time. 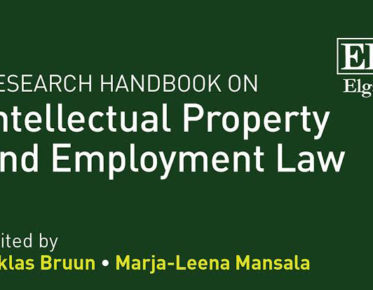 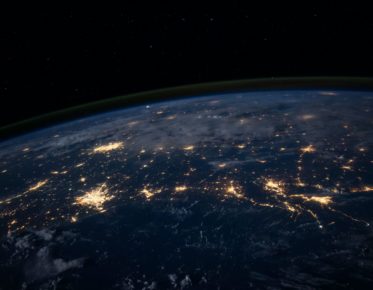 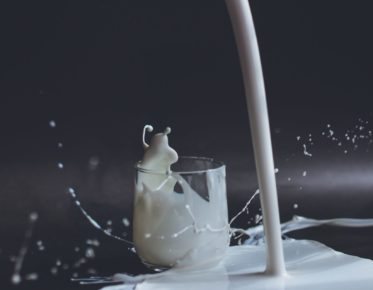