Etusivu Artikkelit Seizure of Counterfeit Goods at the Finnish Custom

Seizure of Counterfeit Goods at the Finnish Custom

The Finnish Custom carries out hudreds of seizures of counterfeit goods every year. In most cases the consignee is located in Russia.

Trading in counterfeit goods is a part of  international organized crime. It has become an even more common means for terrorists to finance their activities since the risk of being caught is rather small and the punishments and other consequences of being caught are minor in comparison with drug business or human trafficking.

An increasing number of counterfeit goods in markets around the world also means that a growing part of the counterfeit goods, such as pharmaceuticals, natural products, cosmetics, food products, alcohol, cigarettes and car parts, do not only cause losses of profit and harm to the reputation of the trademark-owners, but also risks to consumers’ health and safety.

Finland – the Eastern border of the EU

The new Council Regulation No 608/2013 will repeal the existing Regulation and step into force on the first of January 2014. The purpose of the new Regulation is to further strengthen the role of customs authorities in the interception and destruction of counterfeits entering or in transit through the European Union.

The main amendment in the new Regulation is the so-called ‘simplified procedure’ for the destruction of the seized goods, which becomes an obligatory procedure in all the member states. The simplified procedure means that the destruction of counterfeit goods is allowed without the need to determine whether an IPR has been infringed under the law of the member state where the goods are found. Moreover, small consignments of counterfeit and pirated goods can be destroyed without an explicit agreement if the declarant, holder or owner of the goods has not specifically opposed destruction during the period of ten working days.

In order to take action to seize counterfeits and products otherwise infringing IPR rights, IPR-owners may file an application for customs action. The application can be filed as an EU-wide application including all the EU member states or as a national applicationin Finland. The application must contain a list of the existing IPRs that the applicant wants to include within the scope of customs surveillance, and be renewed on a yearly basis.

The customs have an active role

The trademark owner has ten working days from the date of the customs’ official report to decide whether to take action. In practice, this means that the trademark owner needs to get a written consent for destruction of the seized goods from the consignee or alternatively keep the products seized by filing a criminal complaint to the customs within said deadline. The term can be extended once for ten more working-days. In case the IPR-owner has not submitted a valid application for Customs action in advance, it only has an unextendable period of three working days from the customs’ official report to submit the application in order to take action in the case or keep products seized for further inspection.

A criminal complaint is needed

When the trademark owner decides to take action to get the goods destroyed, the local representative normally files a criminal complaint on the basis of the Finnish Criminal Code to the customs department of crime prevention in order to keep the goods seized. Next, the settlement negotiations are started by contacting the owner (consignee) of the products in order to agree on the amount of compensation and to get the consent for destruction of the products. As explained above, in a majority of the seizure cases, the consignee is located in Russia, which makes the negotiations more challenging. The Finnish forwarding agent companies storing and handling the consignment in Finland sometimes have an important role in helping to solve the case.

The Finnish Customs carries out hundreds of seizures of counterfeit goods every year. With the help of good cooperation between the customs authorities, forwarding agents and IPR-professionals representing the trademark owners, a majority of the seizure cases can be settled and the infringing goods destroyed.

The introduction of the ‘simplified procedure’ at the Finnish borders will make the customs actions even more useful in preventing the transit of counterfeit goods through Finland to Russia, because under certain conditions, the goods can be destroyed without explicit consent from the owner of the goods. 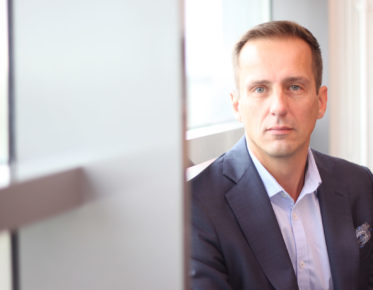