The future of European businesses is tied to Europe’s ability to take a lead in intangible assets business: innovation, design, licensing and new business models. Innovation is about enabling new behavior, and growth takes place in those parts of the world in which people are adoptive to new behavior.

Europe’s IPR strategy, if there were any, should focus on three regulatory aspects: (1) encouraging the creation of new products and services, (2) enabling well-functioning licensing market, and (3) rethinking the structures that limit the adoption of new behavior, i.e. the rules that put limits on how people can change their behavior.

Traditionally, IPR strategy and IPR regulation have focused on encouraging innovation by improving IPR protection. This has been based on the idea that better IPR protection encourages people to invest more on the creation of new innovation, thereby resulting into increased welfare.

Challenges have increased
The challenges of IPR regulation in Europe have increased recently. The protection of IPR rights has improved consistently over the last 25-30 years, but innovation and growth in Europe and among European companies cannot be even compared with those in other parts of the world.

Indeed, many are questioning now whether this traditional approach of improving IPR protection is the right direction – the results in Europe have not been encouraging. Others argue that Europe’s problem is not the overprotection of intellectual property rights as others – U.S.A. in the first place – are providing even stronger protection thus encouraging innovation more than Europe.

It is likely that Europe’s problem is not underprotection or overprotection of intellectual property rights. In most cases, the current regulatory environment in Europe provides adequate protection for creative activities. The crucial issue is the lack of regulatory focus on well-functioning licensing markets and the tradition of using intellectual property rights to influence market development.

Immanuel Kant (1724-1804) himself was calling for stronger IPR protection because he was concerned about books being read in the context that was not intended by the author. That tradition has continued ever since, but recently criticism against this ideology has grown.

As IPR ownership is turning all the more fragmented, the clearance of all necessary rights becomes more complicated and costly, the influence of one right holder over the success of other market players increases, and intellectual property rights may be used to determine whether a change in behavior will take place in Europe at all.

Focus on minimizing the misuse of IPR
Is Europe going to lead in mobile television, new Internet services or new software or multimedia products? The challenge lies in the creation of a regulatory environment that minimizes misuse of IPR through aggressive licensing practices and the control over adjacent markets.

New innovation typically builds on something that has been developed in the past. Therefore, one has to make a difference between areas of true and necessary exclusivity and areas in which exclusivity is used merely to cash-out, control or even delay new innovation. The increasing criticism against intellectual property regime can be seen as a result of the insufficient regulation against this kind of behavior.

The IPR Strategy challenge of European companies has a lot of similarities to Europe’s regulatory challenges. A traditional corporate IPR strategy has focused on protection of innovation and the use of that protection against copycats and imitators. However, the role of IPR strategy has expanded to new areas, and particularly in new digital industries. This can be illustrated by a few key developments.

Challenges similar for companies and regulation
A traditional industrial company has sold tangible products. The key issues in the sales agreement have been quantity, sales price, and delivery times. For a company in the network economy, the key issues are customization, the rights to use the product, the ownership of rights, and infringement risk management. Therefore, the trading in intangible assets has made the understanding of intellectual property rights a core issue for business managers.

The issue is not about the number of new patent filings but rather the impact of terms such as patent non-assertions, IPR indemnities, license grants and ownership of IPR rights on the future competitiveness of the company. For business executives in software and content industries, ”rights business” has long been understood. Still, also in those businesses the new network economy is challenging old theories as they are applied in new circumstances. A modern corporate IPR strategy is, therefore, also a competence development plan for corporate executives!

IPR Strategy is a tool, not an aim
A company may have a number of different approaches to individual IPR issues relevant for its business. It is important that IPR strategy is differentiated, i.e. it must address different circumstances in a manner that takes into account the particular circumstances.

For instance, it is hardly a successful approach to deal with product piratism and open source development in the same manner – however, that course sometimes seems to be adopted. It is an increasing regulatory challenge to determine whether laws should even allow these two behaviors to be treated in the same manner.

A modern IPR strategy takes into account several layers and several parallel actions. It also typically includes some regulatory elements, because regulation and predictability – or rather the lack of them – are growing concerns in the world based on intangible assets.

A successful IPR strategy is integrated into the core strategy of the company. Today this well known slogan is more true than ever. The concept, however, has changed over time. The modern IPR strategy is not about the activities of IPR organization. It is all about the way the company develops its business. 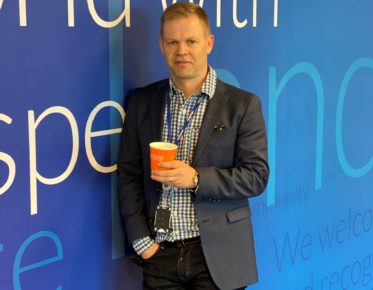